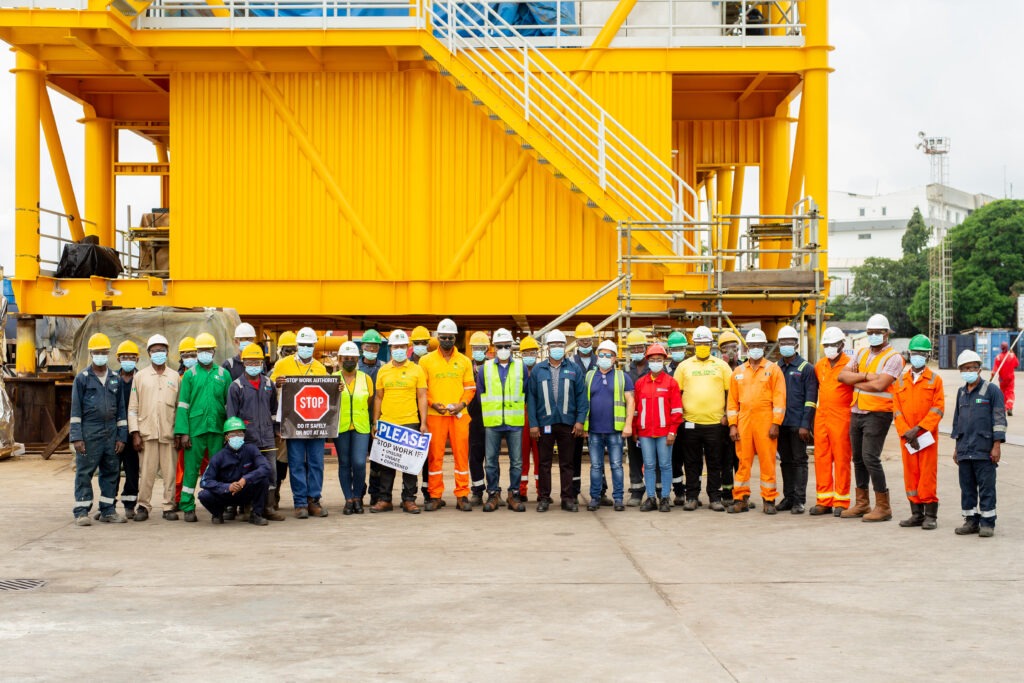 FIRST E&P as part of its GOAL ZERO+ campaign, engaged stakeholders and contractors on the 12th of July 2021, on its Stop Work Authority (SWA) a proactive intervention tool that supports workplace safety, with a site visit to the Nigerian Naval Dockyard in Lagos. This is where Dorman Long Engineering (DLE) is carrying out the integration of a second offshore drilling and production platform, MADP1 for the NNPC/FIRST E&P JV.  The SWA is the GOAL ZERO+ campaign focus for the month of July.

As part of its drive at achieving GOAL ZERO+, (sustaining and consolidating on No Harm to People, Environment & Asset), the site visit was scheduled to engage the DLE team on the importance of the SWA tool and to encourage its diligent use, following the documented standard process.

Stop Work Authority is a critical tool employed for achieving GOAL ZERO+ as it aims to foster a culture in which it is accepted that all employees, contractors and third parties involved in project and operational activities, are very conscious and observant of their work environment, have a questioning approach and can stop work when unsafe or unsure, in order to prevent incidents.

In driving the culture that safety is everyone’s responsibility, the General Counsel, Defolu Olufon, and the Head of HSE (Health, Safety & Environment), Emmanuel Obasi, along with other FIRST E&P campaign team members engaged DLE leadership and fabrication personnel seeking for renewed understanding and collaboration on safety.

The FIRST E&P team reinforced the fact that unsafe actions, condition or behaviours when permitted to continue could lead to an incident and result in personnel injury or death or damage to company assets. The team also took a tour of the yard and demonstrated active Stop Work Authority scenarios for reinforcement.

In his response, the DLE project manager, Victor Kanu, appreciated FIRST E&P’s collaborative approach to safety. He also confirmed their safety protocols are in place at the workplace and, reinforced the need for everyone at the workplace to be a 100% physically, emotionally, and mentally involved in their surroundings especially, when working with equipment. He also stated that using equipment is unsafe when operators are not fully alert.

Overall, both FIRST E&P and Dorman Long, responsible for fabrication of some of its equipment locally, recognised the importance of safety in the workplace.

FIRST E&P remains committed to its GOAL ZERO+ campaign and will keep driving its pursuit of NO HARM to PEOPLE, ASSETS, and ENVIRONMENT. 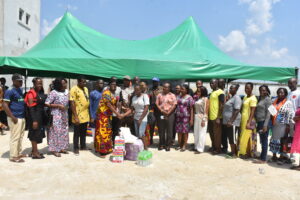 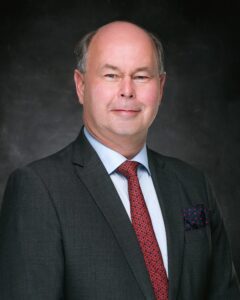 In Memory of Cees

The board and management of FIRST Exploration & Petroleum Development Company (FIRST E&P) announces with heavy hearts, the passing away of Cornelis Christiaan (Cees) Uijlenhoed,

November 24, 2022
We use cookies on our website to give you the most relevant experience by remembering your preferences and repeat visits. By clicking “Accept”, you consent to the use of ALL the cookies.
Cookie settingsACCEPT
Manage consent